"Yes We Can" is a slogan that became popular during Barack Obama's campaign for the presidency of the United States in 2008. The phrase, which was taken from a speech given by Obama, became a rallying cry for his supporters and was seen as a symbol of his belief in the power of individual action and the potential for change.

At the heart of Obama's message was a belief in the potential of ordinary people to make a difference and bring about positive change. He argued that, by working together and using our collective strength, we can overcome the challenges facing our country and create a better future for ourselves and future generations.

One of the key issues that Obama focused on during his campaign was the need for healthcare reform. Despite the United States being one of the wealthiest countries in the world, it struggled with high levels of uninsured citizens and rising healthcare costs. Obama argued that healthcare was a basic human right and that every person deserved access to quality, affordable healthcare.

In 2010, Obama signed the Affordable Care Act (ACA), which aimed to increase the number of Americans with health insurance and lower healthcare costs. The ACA expanded Medicaid, provided subsidies to help low- and middle-income individuals afford insurance, and required most Americans to have health insurance. While the ACA was not without its controversies and challenges, it has helped to improve access to healthcare for millions of Americans.

In addition to healthcare reform, Obama also focused on issues such as climate change, immigration reform, and the economy. He worked to address the impact of climate change by implementing policies to reduce greenhouse gas emissions and increase the use of renewable energy sources. He also supported immigration reform and worked to create a pathway to citizenship for undocumented immigrants.

On the economic front, Obama took office during the height of the Great Recession, which was caused by the collapse of the housing market and the subprime mortgage industry. To address the economic downturn, Obama signed the American Recovery and Reinvestment Act (ARRA), which provided stimulus to the economy through tax cuts and increased government spending. The ARRA is credited with helping to stimulate economic growth and reduce unemployment.

Overall, Obama's "Yes We Can" message was one of hope and optimism, and it resonated with many Americans who were looking for change and a new direction. While his presidency was not without its challenges and controversies, Obama left a lasting impact on the country and his message of hope and the power of collective action continues to inspire people around the world. Americans who sent a message to the world that we have never been just a collection of individuals or a collection of red states and blue states. Tone The tone is changing; sometimes, it is strong and convincing; sometimes, it is grateful and admiring. Henry — James Rosone It's not a question we ask ourselves enough, I think; as a country, we seem to be suffering from an empathy deficit. What truly made me fall in love with Barack Obama was his character. Let's remember that it was a man from this state who first carried the banner of the Republican Party to the White House, a party founded on the values of self-reliance and individual liberty and national unity. This victory alone is not the change we seek. 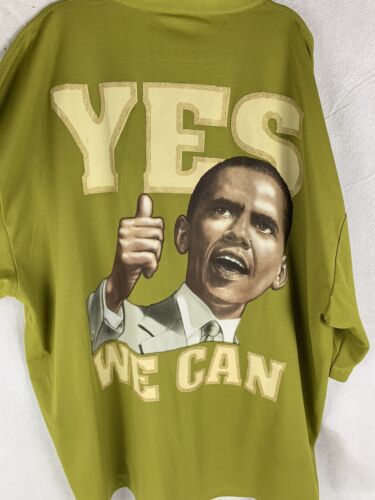 It can't happen without you, without a new spirit of service, a new spirit of sacrifice. To those who seek peace and security: We support you. This was the largest audience for a presidential candidate traveling abroad. The idea that everybody has a stake in the country, that we're all in it together and everybody's got a shot at opportunity. In July 2008 he traveled to Afghanistan, Iraq, Jordan, Israel, Gaza, Germany, France, and England. Again breaking precedent, Obama gave his acceptance speech not in the Pepsi Center where the party conducted its other business affairs, but at Invesco Field formerly Mile High Stadium before an estimated 85,000 supporters.

Barack Obama Speech: Yes We Can

It drew strength from the not-so-young people who braved the bitter cold and scorching heat to knock on doors of perfect strangers, and from the millions of Americans who volunteered and organized and proved that more than two centuries later a government of the people, by the people, and for the people has not perished from the Earth. What began 21 months ago in the depths of winter cannot end on this autumn night. And we were forced to take those steps, largely without the help of an opposition party, which, unfortunately, after having presided over the decision-making that had led to the crisis, decided to hand it over to others to solve. Emotion The speaker pointed at the changes which are going to be conducted, trying to appeal to the personal feelings of the audience. We may not get there in one year or even in one term. This strategy worked briefly as the McCain-Palin ticket witnessed a spike in the polls.

Access to English Social Studies 2014: "Yes We Can!" speech by Barack Obama 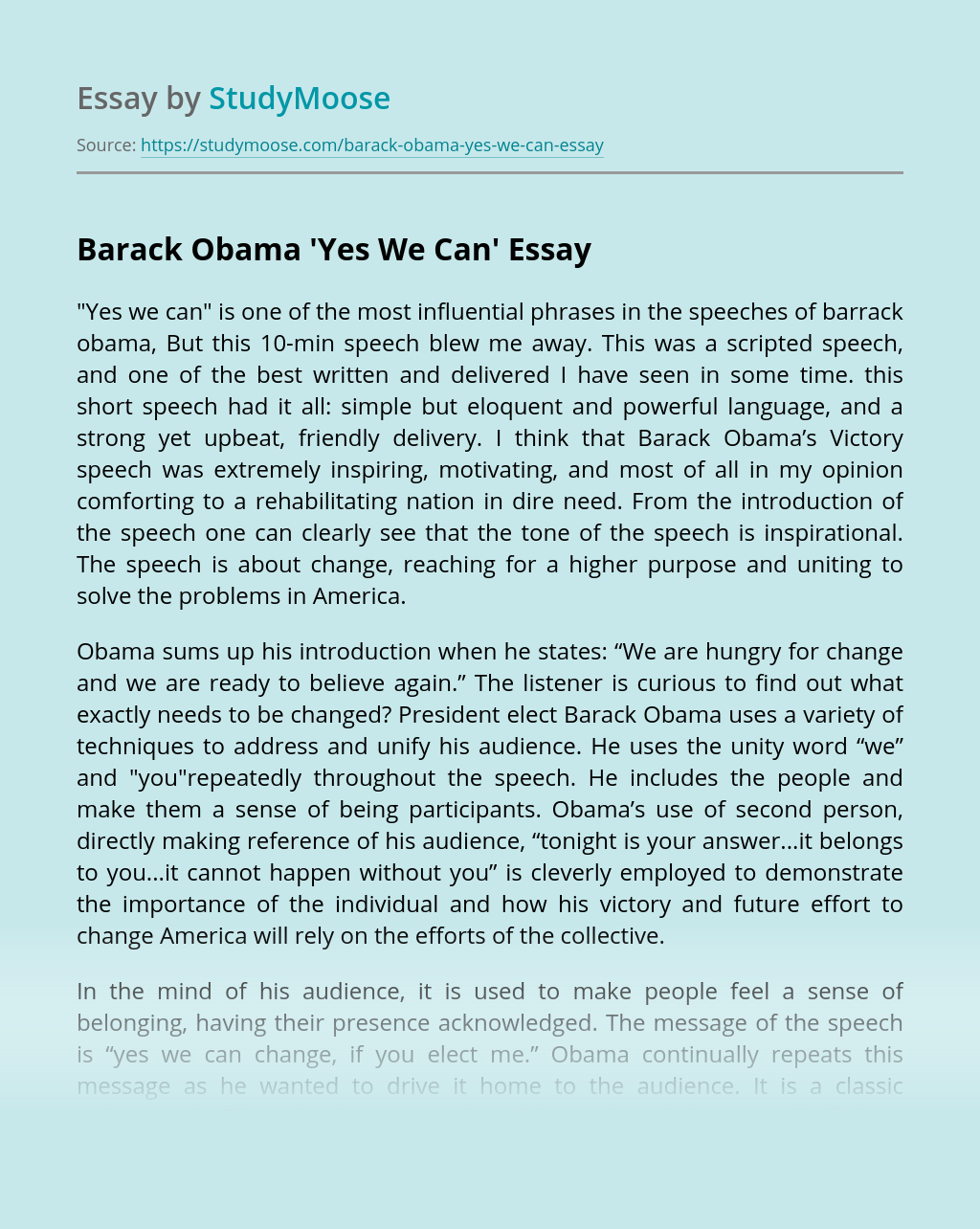 Governor Stein began holding FP rallies across the country, attracting tens of thousands of supporters, waving signs and willing to plaster their entire neighborhoods with as much propaganda as they could get their hands on. You did it because you understand the enormity of the task that lies ahead. If there is anyone out there who still doubts that America is a place where all things are possible, who still wonders if the dream of our founders is alive in our time, who still questions the power of our democracy, tonight is your answer. We wouldn't tolerate schools that don't teach, that are chronically underfunded and understaffed and underinspired, if we thought that the children in them were like our children. Millions of young Obama supporters began to use MySpace and Facebook.

Having listened to the speech by Barak Obama, it becomes obvious that the person who says it is a real orator who can convince anyone. It's the answer told by lines that stretched around schools and churches in numbers this nation has never seen, by people who waited three hours and four hours, many for the first time in their lives, because they believed that this time must be different, that their voices could be that difference. Let's resist the temptation to fall back on the same partisanship and pettiness and immaturity that has poisoned our politics for so long. Even as we rejoice in the safe return of others, we will never forget about Bob. The campaign, as importantly, established a new model for presidential fundraising, appealing to enthusiastic supporters including a network of millions of new voters for relatively small donations. It drew strength from the not-so-young people who braved the bitter cold and scorching heat to knock on doors of perfect strangers, and from the millions of Americans who volunteered and organized and proved that more than two centuries later a government of the people, by the people, and for the people has not perished from the Earth.

We have seen so much. Gestures: impressive, strong, not too numerate, and appropriate to the said Pauses: The pauses are in the correct places. Increases or decreases in speaking volume. This is our time, to put our people back to work and open doors of opportunity for our kids; to restore prosperity and promote the cause of peace; to reclaim the American dream and reaffirm that fundamental truth, that, out of many, we are one; that while we breathe, we hope. I was never the likeliest candidate for this office. To those — to those who would tear the world down: We will defeat you. 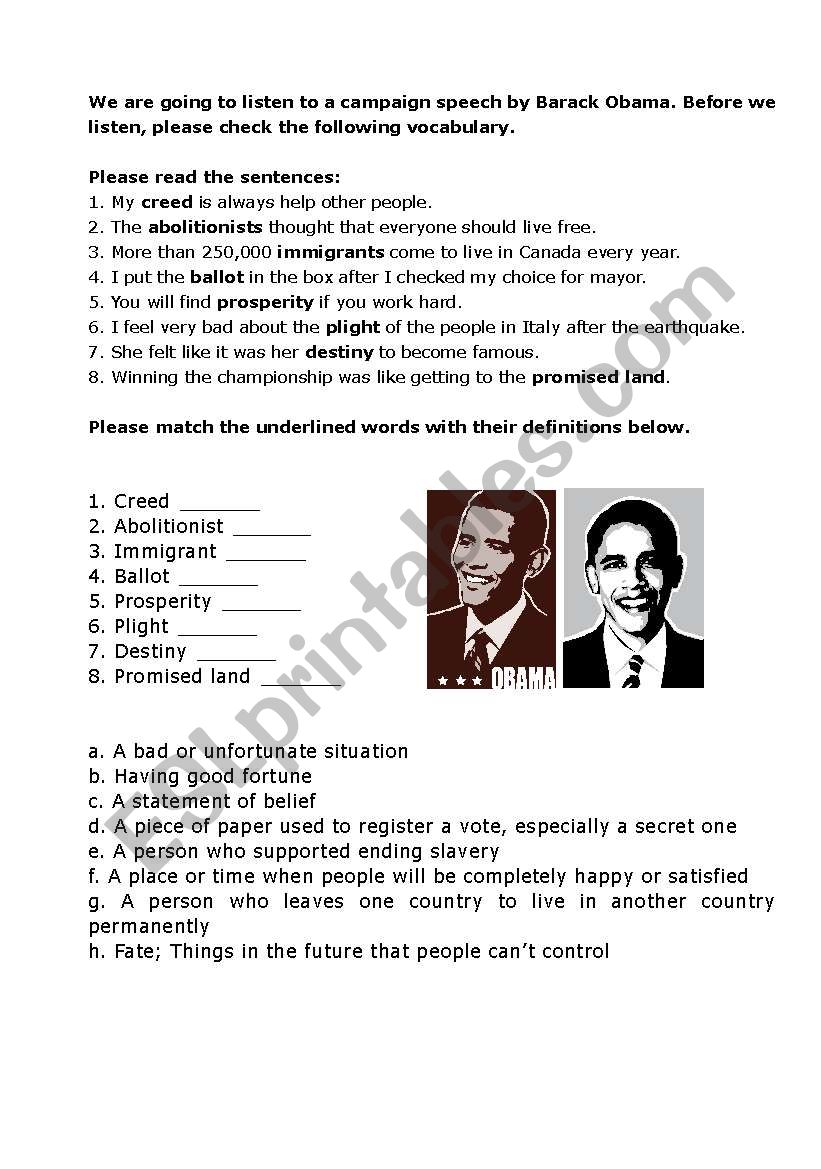 It is the speech of the future president to the nation. What progress will we have made? Subjects: Terms: Paul L. And this year, in this election, she touched her finger to a screen, and cast her vote, because after 106 years in America, through the best of times and the darkest of hours, she knows how America can change. It was the call of workers who organized; women who reached for the ballot; a President who chose the moon as our new frontier; and a King who took us to the mountaintop and pointed the way to the Promised Land. The words the speaker uses are full of meaning. Barack Hussein Obama took center stage to make his historic victory speech. 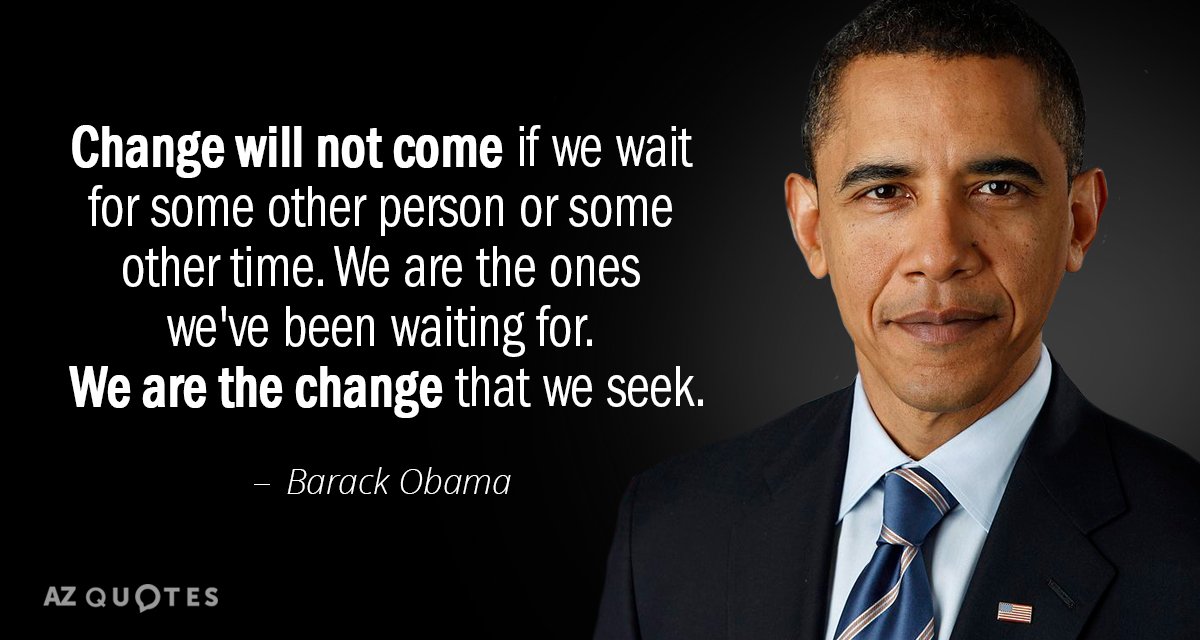 After the primaries in Montana and South Dakota, Obama had enough delegates to win the nomination of his party. Although Arizona Senator John McCain, the presumptive Republican nominee, and Barack Obama had been campaigning against each other since June, the national presidential campaign moved into its last, most intensive stage in early September after both parties had their conventions. And I will be your president, too. Our climb will be steep. Through all of these controversies Obama was able to use his powerfully persuasive rhetorical and analytical abilities to answer these charges and keep his campaign focused on the prize. When the bombs fell on our harbor and tyranny threatened the world, she was there to witness a generation rise to greatness and a democracy was saved. 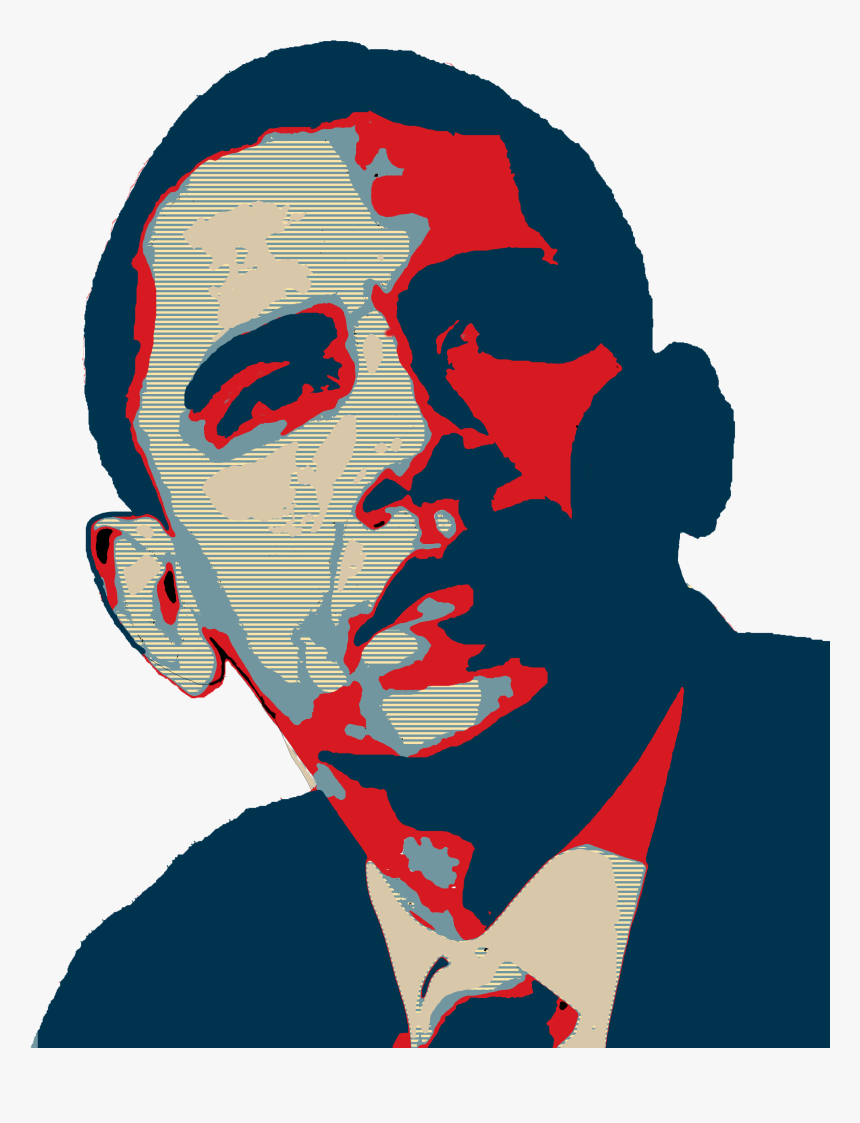 He was charming, talented, and oh-so smart, truly. We have seen so much. Learn More His gestures are not too numerous, and he uses those in a restricted manner to make sure that the speech is what impresses people. So tonight, let us ask ourselves -- if our children should live to see the next century; if my daughters should be so lucky to live as long as Ann Nixon Cooper, what change will they see? This election had many firsts and many stories that will be told for generations. So if somebody thought that tacking on "Hussein" in there would be a killer, then I think they underestimate the American people and the seriousness of the problems we face. If there is anyone out there who still doubts that America is a place where all things are possible, who still wonders if the dream of our founders is alive in our time, who still questions the power of our democracy, tonight is your answer. Our campaign was not hatched in the halls of Washington.